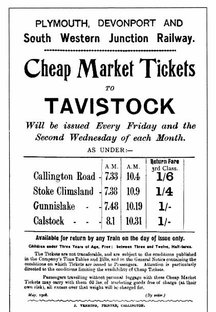 Each station had its own internal phone code, these were

LOADS OF TRAINS ETC – The maximum loads of passenger trains over this branch are as under:-

Kit Hill (Wm. Griffiths & Co.) siding. The shunting operations are performed by the Guards of the trains concerned.

Traffic from the siding will be taken on by down goods trains and conveyed to Callington en route to destination, the van brakes to be applied and a sufficient number of wagon brakes securely applied before the engine is detached from the train and allowed to proceed into the siding for the wagons.

Wagons for the siding are conveyed from Callington and must be attached next the engine of up goods trains.  On arrival of the train at the siding, the van brake must be fully applied and a sufficient number of wagon brakes securely applied, after which the wagons to be placed in the siding must be