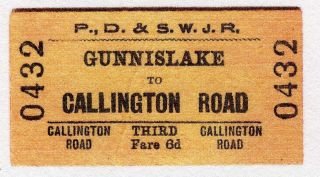 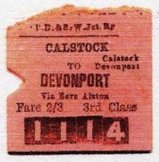 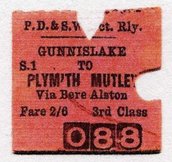 Original PD&SWJR tickets from circa 1908 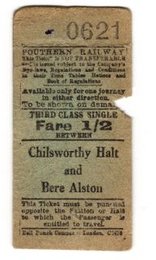 Two Southern Railway tickets of the paper type, both day returns between destinations within the local SR area 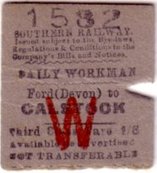 Two railmotor tickets, one Southern one BR. Railmotors never ran on the line 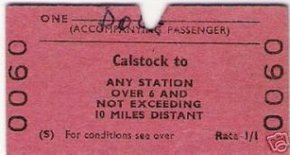 Dog ticket - from Calstock, over 6 miles but under 10 miles distant 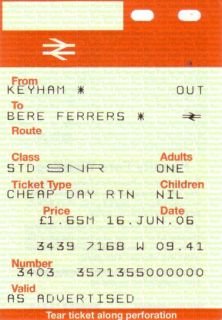 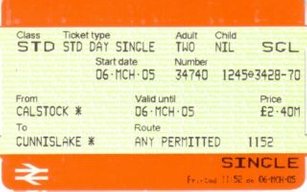 In the history of the steam locomotive the name of George Stephenson stands supreme; you cannot talk of one without the other. So it is with the railway ticket, where the outstanding figure is Thomas Edmondson. The modern railway ticket system is based on the invention of this Lancashire Quaker. To him belongs the further distinction that his invention was to become the standard adopted by railways the world over.

Born in 1792, Thomas Edmondson served his apprenticeship as a cabinet maker, and then abruptly changed the course of his career to become a grocer. A further change of course occurred in 1836 when he was appointed as station-master at Milton (later Brampton junction), on the Newcastle and Carlisle Railway, which became part of the North Eastern Railway in 1862. It was not long before he saw the tremendous disadvantages in the existing ticket-issuing system. Being of an inventive nature, he gave considerable thought to the problem. The long periods of spare time between train arrivals and departures gave him the opportunity to perfect a new system. At first, this was a system whereby passengers were identified by number instead of by name.

For this purpose he used a wooden block into which he set printing type.

This simple matrix contained the station name and class of the most frequently issued tickets. A smallmallet completed Edmondson's printing press. With the mallet and block he printed rows and rows of tickets upon suitably textured and colored card. The next stage was the laborious one of giving each ticket a serial number. Having done this, the tickets were cut out of the cardboard strip and carefully placed in a special box ready for issue. There was a marked improvement in the speed with which tickets were issued, but Edmondson was not yet satisfied. He next developed a ticket tube in which the pre-printed tickets were stored in numerical order, at the top of the stack being the ticket with the lowest number. At the bottom of the tube was a counter-balanced plate controlled by an arrangement of weighted strings and pulleys. On removal of the uppermost ticket, the remainder ascended in the tube leaving the next ticket ready for issue. Tickets still needed (as they do even today) dating immediately before issue, and to this end Edmondson turned his inventive talents. He contrived a ticket-dating machine constructed of wood. 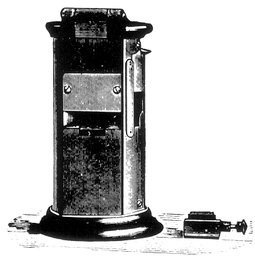 It was in the form of a press, and the ticket was gripped between two movable jaws. One of these jaws held the dating type against a moving ribbon; the chief objection to this machine was that the jaws were unprotected. Later models were improved in 1862 by Edmondson's son.

Prior to his death on 22 June 1851, Edmondson transferred his services from the Newcastle and Carlisle Railway to the Manchester and Leeds Railway, where he introduced his special ticket arrangements. The Midland Railway was also very interested in Edmondson's ideas. For a small consideration he consented that they should be used by the company in extensive trials. Railway tickets as we have now come to  know them were first formally adopted on the Birmingham and Gloucester line. Their advantages became publicly known, and eventually Edmondson's ticket machines were to be found in every booking-office.

The PD&SWJR was no exception with Edmondson tickets being used from the opening of the line. After the grouping in 1923 the SR used paper tickets in rolls similar in style to bus tickets of the day, but by nationalization in 1948 Edmondson tickets were the norm but BR and its regions were not above experimenting with a variety of different ticketing machines, again usually based on bus ticket dispensing machines which enabled ticket inspectors or guards on trains to issue tickets when stations became unmanned. The advent of the computer opened up a whole new chapter.

From the grouping in 1923 the Southern Railway began to introduce pre-printed paper type ticket of a bus ticket format but only for use between destinations within the local area and only between Southern Railway stations, usually these tickets were issued for day return journeys. Special occasion or special fair tickets tended to remain as Edmondson tickets. 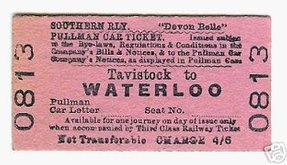 A SR Pullman Car Ticket for the ‘Devon Belle’ from Tavistock to Waterloo – Charge 4/6. This was an additional charge as passengers had to be in possession of a ‘Third Class’ ticket for the journey before they could pay the supplement. 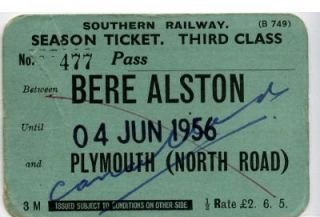 Unlike today old stocks of tickets were used first and some SR tickets were still being issued many years after nationalisation. This SR season ticket was issued in 1956. Eight years after the event. 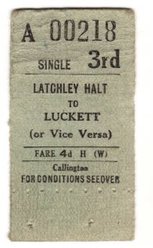 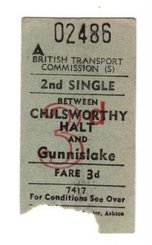 Four tickets issued by the BTC in the 1950’s and early 60’s. notice that three of the tickets have a (W) on them and one a (S). This is because control of the lines changed a number of times after nationalisation between the Southern Region of BR and the Western Region. These tickets were issued by the guard on the train and the originating stations were either unmanned or only manned for a limited period. Tickets bought at stations were still Edmondson tickets.

An unusual ticket from Aug 1961. This is a (W) Edmondson ticket for none common journeys. Tickets were pre printed with the name of the originating station with the rest filled in by the ticket clerk. This ticket is for a child, first class travel between Callington and Luckett. I consulted with John Snell about first class travel at this time and he remembers there being a 1st class compartment next to the guards van that was little different from the rest of the train and usually used by the guard as a ‘rest room’. John can not remember issuing one 1st class ticket for the branch in all his time at Bere Alston.

With the de-staffing of more and more stations the number of tickets issued on trains increased and with this increase a variety of ticket issuing machine were introduced, some successful other not so successful. 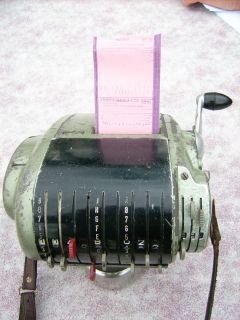 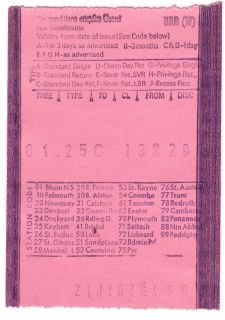 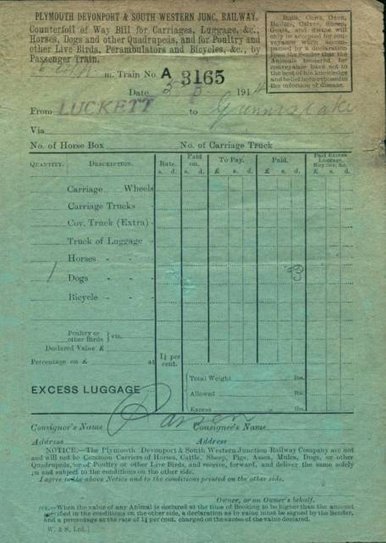 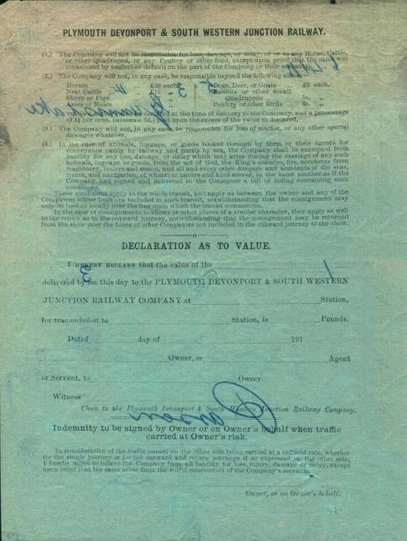