In 1922 just before the grouping the management of what was to become the ‘Southern Railway’ requested a table of distances from all railway companies that were to be incorporated into the new company.

The table below is a copy of the distances the PD&SWJR sent to the LSWR engineers drawing office. 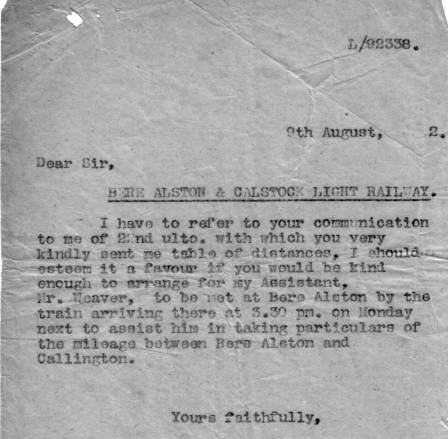 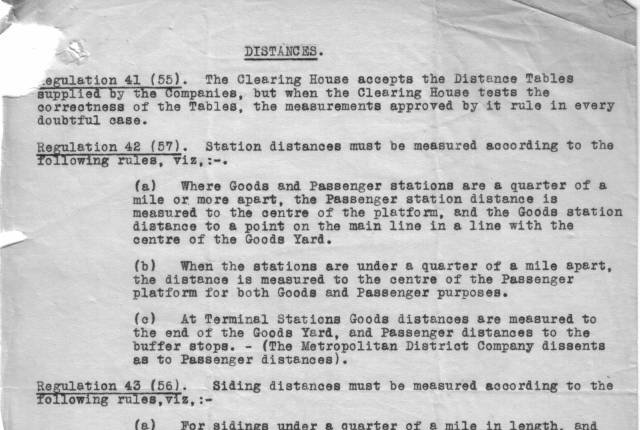 X.    Distances marked thus include 2 mile 67 chains extra, being the difference between the total length of the Tamar Viaduct (13 chain) and the distance, 3 mikes, allowed under General Manager’s Minute 3,022.

The table and note above are reproduced word for word from the original document but create more questions than answers:-

D.                  Where did they start measuring from?  It is known that the original ‘0 mile post’ was on the island platform against the wall in the centre   of the waiting shelter. When the branch opened it was made of wood but later replaced by a metal post which remained until the line closed.